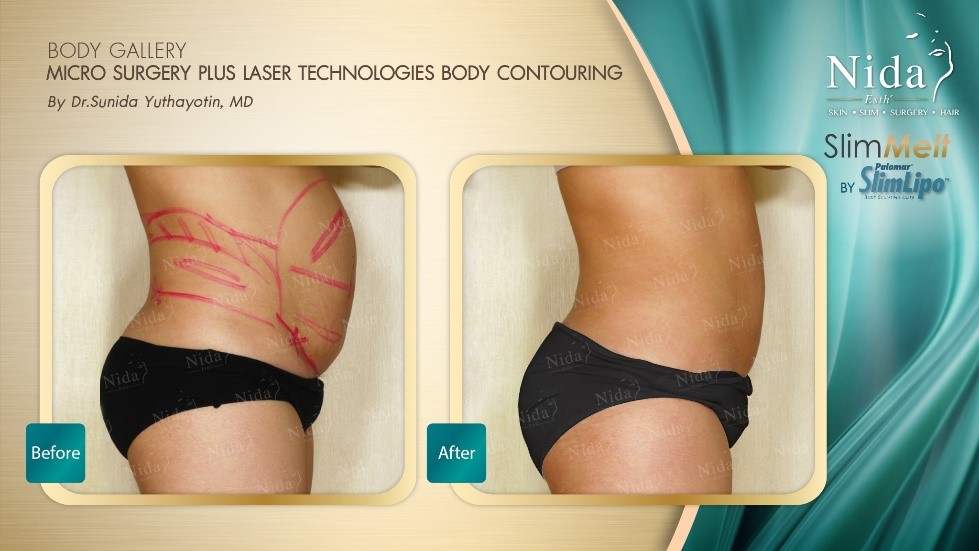 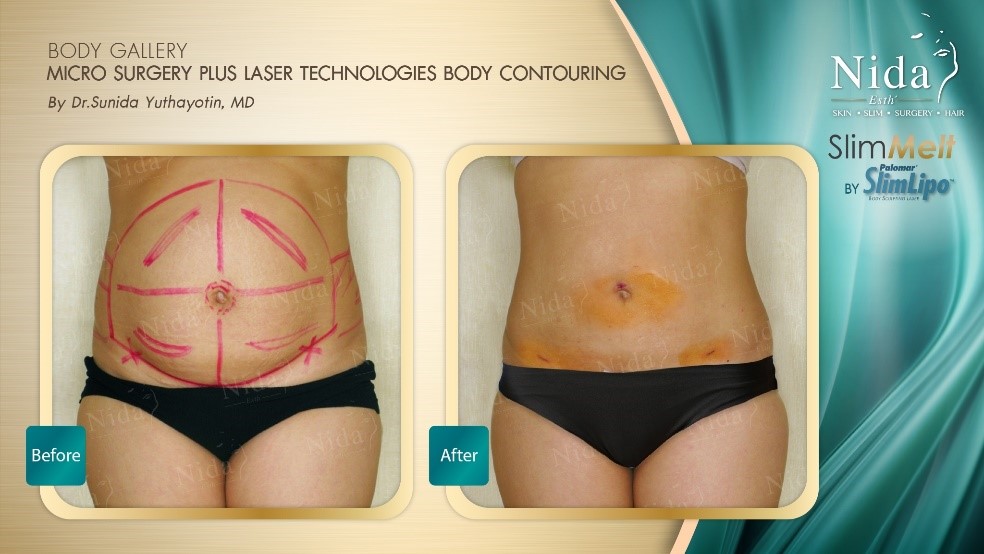 "My name is Emmy – 42 years old. Honestly, I’m considered as a good-shaped person – perfect chest, slim waist, and attractive hips but there is one boring problem that’s worrying me which is my stubborn belly fat which is said to be a very difficult one to eliminate. I have some friends who underwent liposuction as well; their experiences were very painful, bruises for weeks and scary-looking rough skin after liposuction, said all of them. If that's the case I would probably not be able to accept these consequences because I have to go to work and meet lots of people. I then did some researches for a long time until I found a new technology for liposuction using a needle laser with Dr. Piya at Nida Esth’."

The doctor recommended a new method of liposuction with Slim Melt by Slim Lipo, which has been certified in the United States. It is a tiny laser needle that is only 0.3 mm thin and it’s able to actually melt the fat without a long recovery process. And, after the procedure, we can return to work normally. He then suggested that this method is popular since it can get rid of a big amount of fat with little bleeding. Moreover, the skin in the area becomes tighter, not rough. Later, I was presented by photos of the results of treatment of liposuction done at Nida Esth’. Obviously, there are no swollen and bruises. Yet, surprisingly, the wounds are almost invisible. So, I decided on that day by making an appointment for the liposuction procedure on the following day.

The first second after liposuction, my whole body feels a lot lighter. It is some sort of feeling I can’t really explain. I lose a lot of fat. Significantly, the abdominal fat is gone like I’ve never had it before. More importantly, I’m totally satisfied with my skin in the treated areas which feels smoother and a lot firmer and the wound is almost invisible as well. Now, regardless of what outfits I wear, I’m confident since there is no more disturbing belly fat problem anymore.