Because of impressions, I’d love to tell 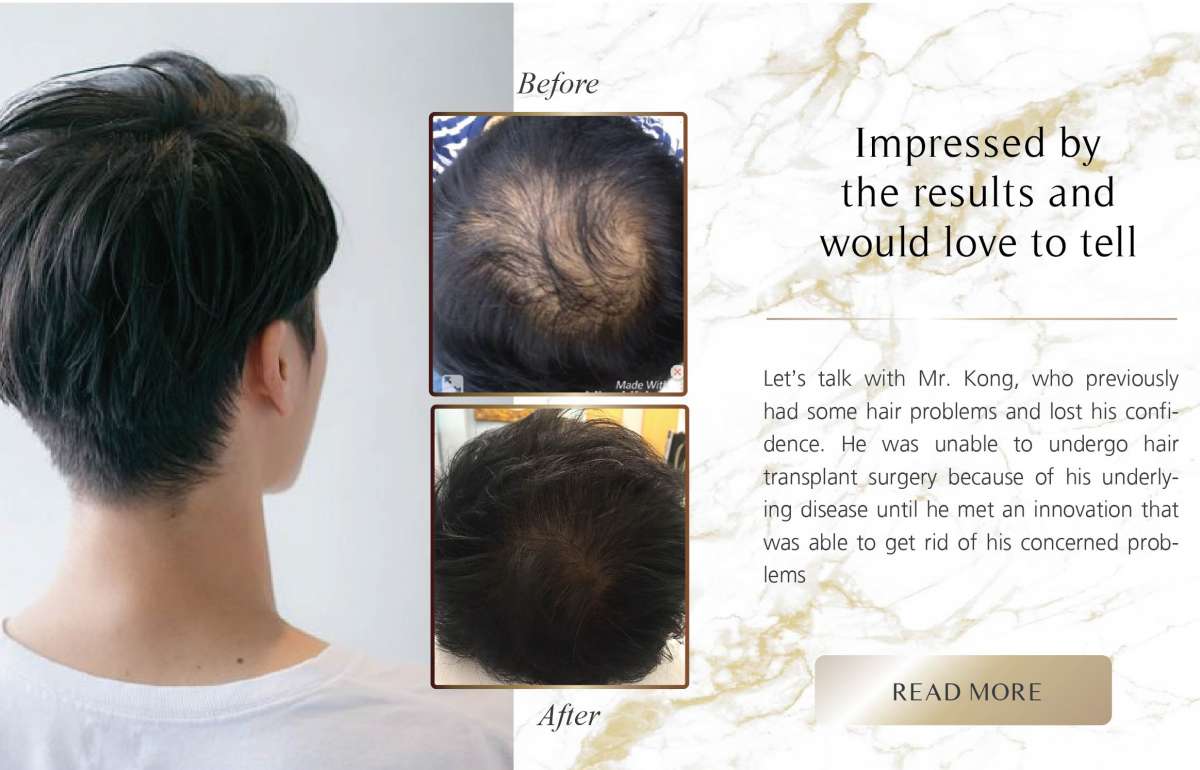 Because of impressions, I’d love to tell
Khun Kong

"I had a hair loss problem until it looked quite obvious. Also, my friends said that it didn’t look good and I looked older than my age. I felt a lot of pressure. It was not that I didn’t want to be treated but when I tried to ask others, they recommended me to undergo surgery. But, the problem was the congenital disease that required me to take continuous medication so it was impossible. It was very stressful which caused my hair problem to get even worse"
"When my condition got worse, it certainly made me want to treat it and tried to find out if my problem could be solved without surgery. There were some who said that I didn't have to undergo the surgical methods. They said that they had tried it before and got a good result. But I wasn’t confident enough since I had to pay a very high price so I had to make sure that my hair was going to be back and it would surely not affect my disease.
"I tried to find my solution until I found that Nida Esth’ had a non-surgical hair transplant innovation by utilizing Stem Cells. So I called to consult the person who provided the information. They informed me that even though I had congenital diseases, the procedures could be done. Here, there was no need for surgery, no need to take medicine and also they could check if the result was possible or not. If it was, the procedure could begin. With this point, I was very confident that this could be the place.
So, I booked the day of consultation. The doctor then asked about the history of my congenital disease. What medicine or drugs was I allergic to? When I informed all the information, the initial assessment began – to check if the result was possible or not. Once examined and analyzed thoroughly, the doctor said that I could do it. There was no problem. The method of treatment was to remove the root hair cells and extract them by a machine. And, then take the cells and inject directly into the problematic areas. But, the doctor wanted me to ask my doctor who treated my illness first. Would this procedure affect my disease treatments? At that time, Dr. Sunida said to me that ‘Patient Safety Must Come First’ and wanted the patient to get the best results. By assuming that my doctor did not want me to do it because there might be some risks or it might get bad results, it made me even more impressed with the care of this place. "

After that day, I went to consult my doctor who treated my illness. The doctor said I could do it – no problem at all – because it was not surgery and the drugs I used would not be affected by the procedure. And I did not have to take other drugs as well. So, I decided to book a queue for my treatment which nurses and staffs from Nida Esth' took care of me very well.
Until the treatment date, everyone took care of me with the utmost care and there were staffs who explained to me what to do after the procedure. After treatment, I could do everything normally and started to see results after a few months later. The doctor gave me the laser treatment to help stimulate the result and then gave the hair care products made from herbs to use as well. 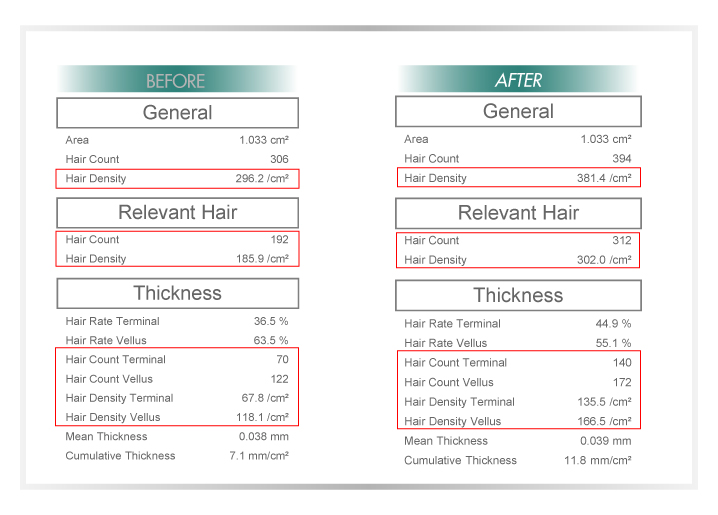 After treatment, I still came in as the doctor recommended. After about three months passed, I was examined by the detector machine again to see the comparison photos before the after treatment. Actually, I felt that my hair had been thicker in these past two months. At first, I could see some scalp, but since the second month, I felt that my hair looked thicker like having a lot more hair and when the third month had come, the result becomes clear.

This was something that I was impressed with, besides, taking good care of me. The results were far more than I had expected. My friends, who, before, said something like that, secretly asked me where I treated my problem because it looked really good now. So, if anyone has hair loss problems, I’d like to suggest getting some advice from the doctor at Nida Esth 'first. And, I would love to confirm by myself that the results are even more impressive and should be told. " 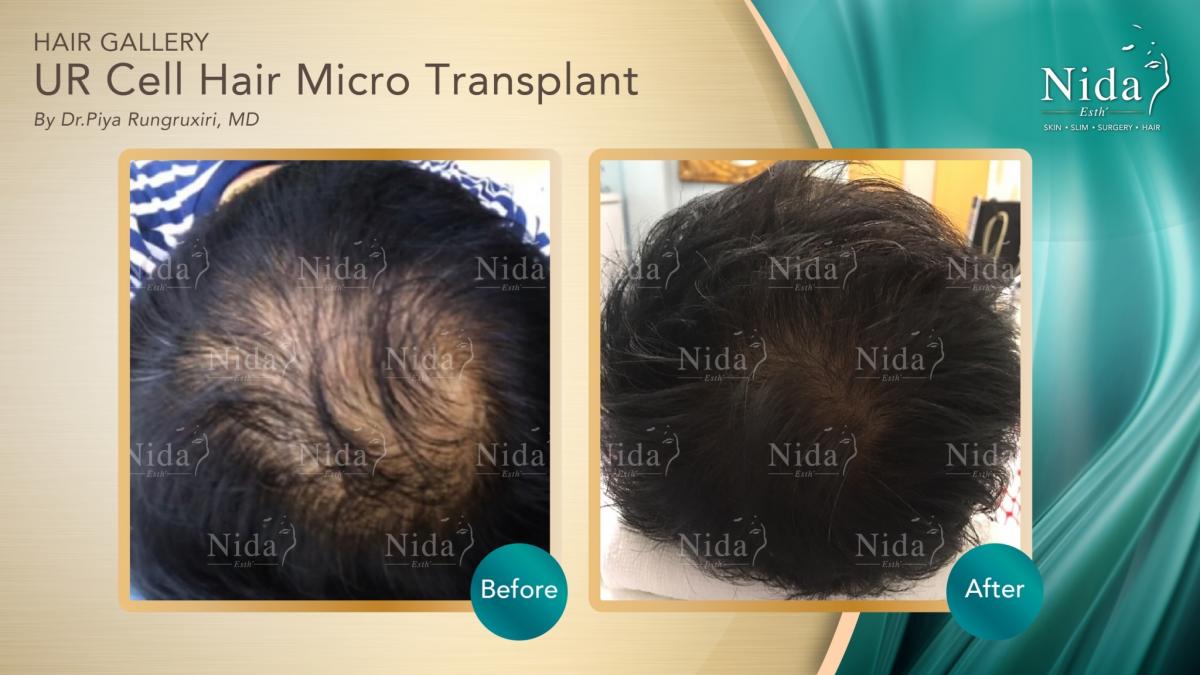 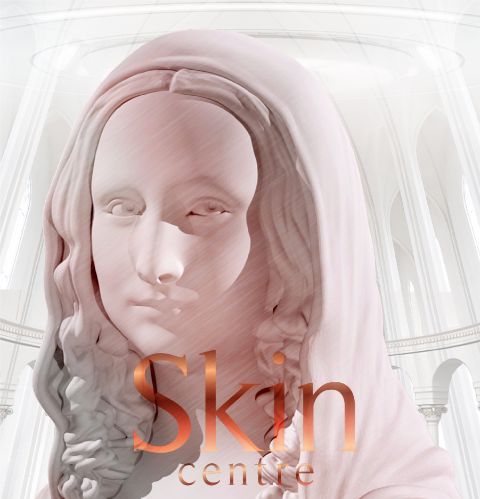 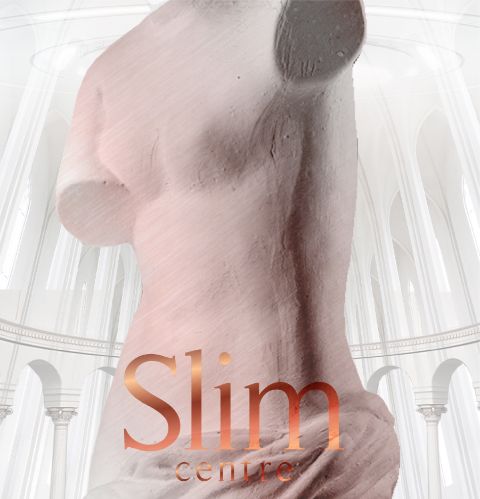 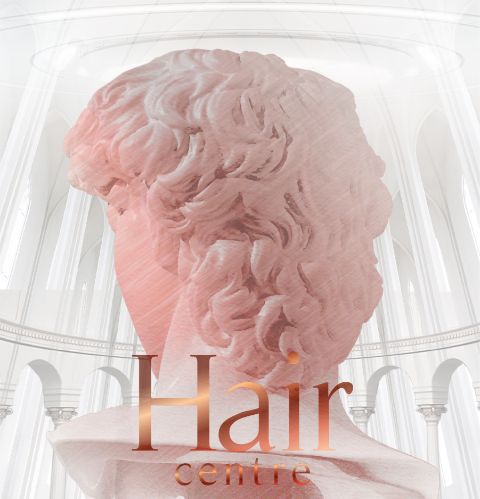