No matter where we are in this world, problems of facial sagginess are unavoidable as well as Mrs. Jintana, a Thai who lives her entire life aboard. With a better environment, skin problems might not be a real concern to her. But, once she reaches the point where she can no longer ignore skin problems including sagginess, roughness and a loss of elasticity all over the face such as forehead, eyebrows and neck. So, what could be the solution?

“At first, once I realized about my problems, I started searching for the solutions. I thought that doctors from Thailand could be a better choice because of the communication. Until I found Dr. Piya, I immediately asked for more information and scheduled the consultation.”

I headed overseas to consult with Dr. Piya. Actually, what I had in mind was facelift surgery since if I wanted to do something, I needed the best. Once I arrived in Thailand, I was quite scared because it was quite a big deal. However, once I made a decision, I would never change my mind.

“I was nervous during the consultation but what Dr. Piya gave me was so informative; he analyzed and chose the most appropriate method for me. And, the most important thing was that he never sold anything which was the main point I chose him” 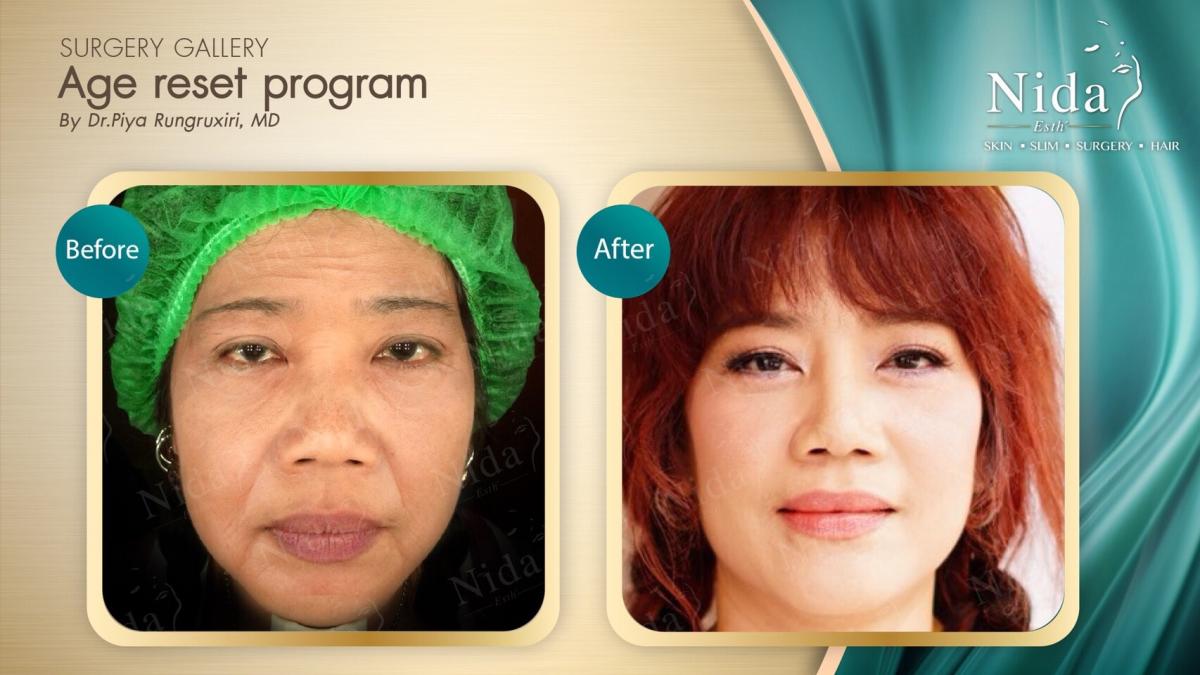 Facelift surgery to end all problems; Mrs. Jintana confirmed that she was right, deciding to do it. It might sound scary but it was the other way around. Since after the procedure, she could live her life normally; no bruise or any pain as she feared.

After the facelift surgery, there were constantly a few follow-ups to check the result of the procedure. Nurses always asked how I felt as if I had a personal cosmetic advisor.
Once we asked Mrs. Jintana about the result, the thing she said was impressive.

“To be honest, no one really knows but no matter where I go, there will be someone who always asks why I look so younger than my real age in my ID. They ask how I take care of my skin to look so -younger for 10-20 years like this. The answer is not only a healthy diet but also Dr. Piya – my personal cosmetic professional.”

From the impressive result, we can rest assured that facelift surgery is not scary as others may think. Let’s consider it as another way to get rid of your facial skin problems. “To be beautiful, it’s better to be safe than sorry.”

Because I trust in the professionalism, I chose Nida Esth’ to take care of my “hair problems”
Peeradon
Owning a restaurant in Chiang Mai